Golf is perhaps the most sophisticated game of them all. Golf also has some of the most strict rules, including some relating to the number of golf clubs allowed in a golf bag. If you’re a beginner, it’s important for you to have a clear idea of all the subtle details of the game. Your ignorance regarding the game can even lead to frustrating penalties that will mess up your entire scorecard if you’re playing in a tournament. 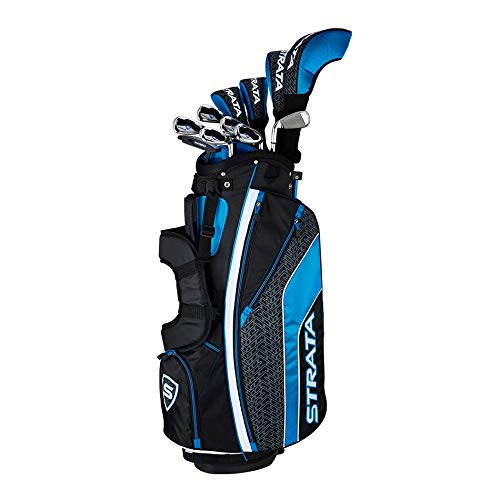 This brings us to an important question that many beginner golfers often ask “how many clubs are allowed in a golf bag? ” Even though the United States Golf Association has not set a limit on the minimum number of clubs allowed to carry, it specifically instructs golfers to not carry more than 14 clubs in their golf bags.

Another rule set by the USGA says that a player will not be allowed to change their clubs during a round. When you’re playing a game, you will be expected to finish the round with the same 14 clubs you started with. On the other hand, if you started the round with fewer than 14 clubs, you will be allowed to add new clubs if desired. For this, however, you have to be cautious that no delay is being caused and the clubs being added into the bag are not borrowed from another golfer.

How Many Golf Clubs are Allowed in Your Bag?

Many golfers cannot wrap their heads around the fact that they cannot carry more than 14 clubs. This is because when they read the history of golf, they find out that in the early 20th century, highly skilled and professional golfers carried between 20 and 25 clubs in their golf clubs. Against this information, the current restriction seems a bit confusing for a few.

Up until 1924, the shafts were made of wood. When the use of steel was approved, professional players felt that steel created hurdles in their ability to work the ball. So, they started carrying a large number of clubs to create a variety of shots during their game. However, the Professional Golfers’ Association of America (PGA) realized that this liberty was making the game less challenging. In fact, in 1935, one player even carried 32 clubs. (that’s gotta be heavy!) 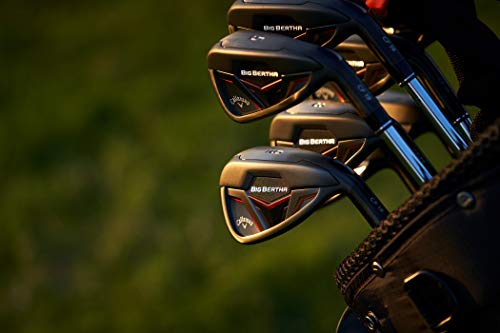 Following this incident, the USGA and the PGA decided that the relaxed rules of the game were, in fact, hurting the game badly. Since players were allowed to carry as many clubs as they wanted, they didn’t find the game to be challenging enough.

Choosing what clubs you should be carrying before the round can be a tricky process. You will have to consider different factors, like the type of golf course, to carefully choose your clubs. This exercise is important for players to get ready for the round and consciously draft their strategies beforehand. The limitation on the number of clubs helped golfers improve their game and, eventually, play different shots using the clubs they had available.

What’s the Penalty for Carrying Too Many Clubs?

You might be wondering about the consequences of carrying more than 14 clubs on the golf course. Back when the rule was first introduced, the penalty set for players who carried more than 14 clubs in their golf bag was a straight disqualification.  However, over the years, there have been some changes in the penalty for carrying more clubs. So, even if you are accidentally carrying a 15th club, you will be penalized.

The penalty, however, is not uniform for all players and is largely dependant on what type of tournament a player is playing in. Let’s have a look at the different penalties imposed – depending on the type of the tournament – on a player who violates the 14-club rule:

Stroke Play: When it comes to stroke play, the penalty is set at two strokes for each hole played with an extra club. Violating the rules results in a maximum penalty of four strokes for the round.

Match Play: In match play, the penalty is the deduction of one hole from a player’s score for each hole on which the rule was violated. In this scenario, the maximum points deducted are two holes. For instance, if a player has a score of 3-up, the final score after the deduction due to the violation will be 1-up.

You might think that professional golfers should know all the rules. However, the reality is just the opposite sometimes occurs. It is said, “to err is to human,” and it holds true in the case of golf. The most talked-about incident with respect to the 14-club rule happened in the first round of the 2001 British Open.

The 1991 Masters champion, Ian Woosnam, who was swiftly cruising towards victory. During the round, Woosnam’s caddie informed him that there were too many clubs in his bag – a second driver that Woosnam had used to practice was still in it. Following this revelation, the golfer had to tell a rules official about the situation. This careless negligence on part of Woosnam and his caddie cost him a 2-stroke penalty. Because of this penalty, Woosnam’s chances of winning the tournament quickly declined and he ended up finishing in third place.

Is There Any Laxity in the Rule? 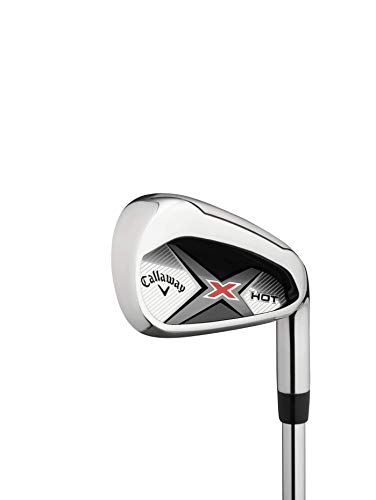 There is no laxity in the rule while playing a tournament. This is because the rule was set to increase the level of difficulty of the game and make it even more challenging. So, going with that logic, it doesn’t make sense that the rule will be bent or made flexible for certain situations. This means that if you’re playing in a tournament, you should not carry “too many” clubs. Even Ian Woosnam was penalized for this mistake in the British Open.

When you’re watching golf on TV, you might think the game seems super easy and that the golfers only have to walk to the ball and swing the club. But, a lot goes on in the background that helps determine how well a golfer performs on the course. Among many things, the performance of a golfer largely depends on the kind of clubs they chose to play with and the shots they’re able to make. Also, to prevent any penalties during the round, it’s important for players to not have more than the 14 clubs allowed in their bag.

If you’re playing in a golf tournament, you should always remember to count your clubs BEFORE you set out for the golf course. As mentioned above, even one extra club can cost you strokes as you will be penalized for breaking an important rule of the game. Before the round, you also have to understand what the playing conditions are so that you can choose your set of clubs accordingly. The right set of the clubs will allow you to play the course more efficiently and make better shots. For instance, if you’re playing a shorter golf course, you may want more wedges and fewer woods.

If you’re a bit intimidated by the 14 golf club limit, be advised that there is no limit on the minimum number of clubs and you don’t necessarily have to carry ALL 14 clubs. If you’re comfortable playing with, say, 10 clubs, that’s fine.