It is only natural to get curious about a certain brand when you’ve been using its products for a long time. For all those recreational golfers using a range of game-improvement clubs, the name Tour Edge brings in the same inquisitiveness. If you are also one of those hobbyists on the green that often encounter the question “who makes Tour Edge golf club?”, then hang in there because we are going to answer this question in great detail here.

Who makes Tour Edge gold clubs? Well, let’s first get some information on the man who created these clubs. David Glod is the person who designed and manufactured the first gold club under the Tour Edge banner. Glod is the founder of Tour Edge and has been helming the company for 33 years since its inception.

From Illinois’s Golf Pro to a Global Entrepreneur

Like many golf enthusiasts, Glod also wanted to play at a pro-level. He, in fact, realized this dream by playing pro level at the Village Links Gold Club, Illinois. Like many pro golfers from the state, Glod’s career would have headed towards a dead-end if it wasn’t for his entrepreneur instincts.

In his golfing days, Glod realized that there were a handful of golf club manufacturers; their offerings are limited to premium products. All those golf club makers were not taking the average recreational golfer who couldn’t afford high-end products into account. Glod decided to cater to this gap in the market; he saw that there was a demand for golf clubs that can be used for game improvement and pastime play.

Glod was also aware of the fact that people wanted cheap golf clubs but not at the cost of quality. This is where he struck a winning combination of price and value. When Tour Edge started its operations in 1987 from the suburbs of Chicago, its primary target was to offer quality golf clubs that all the aspirants and hobbyists can easily afford.

For the first 13 years, Tour Edge as the club manufacturer focused on churning quality products for the large market of recreational players at reasonable prices. However, things advanced with the beginning of the new millennium i.e. Tour Edge decided to enter the pro market with its impressive track record of quality club making. It is the story of many manufacturers where they foray into the pro market after spending a considerable time serving amateur golfers. In most cases, they failed to take off because of the stark contrast between the requirements of two markets.

Tour Edge was able to pull that momentous transition because it was already known for its quality products. After foraying into pro-market, Tour Edge would soon start manufacturing golf clubs for PGA players.

As things stand today, Tour Edge is one of the top 10 global brands of golf clubs in all categories. From PGA to LPGA and Web.com to European professional tours, the clubs made by Tour Edge are now being extensively used at the professional pedestal. There are at least 21 wins registered on various PGA tours where Tour Edge products were used.

As a leading club manufacturer, Tour Edge now offers all sorts of clubs. Whether its irons, wedges, hybrids or custom-made clubs for women and juniors, you can find everything in this Chicago-based company’s inventory. Let’s take a quick look of Tour Edge’s main product lines.

It won’t be wrong to say that Bazooka golf clubs became the identity of Tour Edge and paved the way for it to become the leading brand among recreational golfers. In the initial days, “Bazooka” was only introduced among drivers. Tour Edge soon expanded its trademark design to hybrids, irons, and woods as well.

The philosophy behind the making of Bazooka Golf Clubs is pretty simple i.e. allow the hobbyists to scale maximum distances on the green with their clubs. For that matter, the size of the clubhead of these Bazooka variants was kept bigger than regular ones. Moreover, its design was just like other game-improvement clubs so everyone can easily use it.  The price of Bazooka gold clubs was also quite nominal in comparison to similar products from the other manufacturers.

All these features of Bazooka clubs made them all the rage among part-timers and recreational golfers. Bazooka clubs are still one of the best selling products of Tour Edge. Tour Edge has extended the Bazooka club models with similar improvement units and named it the “Get in the Game” product line.

Trivia: The word “bazooka” was used to draw a parallel with the famous shoulder-fired weapon for its long trajectories.

Exotics are the golf clubs with which Tour Edge entered the super-premium market. Just like any high-end, professional-grade golf club, Exotics are made of the highest quality material. Tour Edge’s Exotics outshine its competitors with the level of detail that’s put into it during the manufacturing stage.

Exotics golf clubs come together through ‘brazing’ instead of internal welding. Tour Edge has used the toned-down term of ‘brazing’ for a highly complex process where metals weld through laser-directed chemical bonding. This manufacturing revolution entails many implications. For instance, it cuts down the weight of the club. Moreover, it also improves the pliancy of the clubface.

The innovation used in the manufacturing of Exotics has paid off quite well for the manufacturer. From the last year alone, 70 golfers playing in PGA tours have used more than 500 Tour Edge Exotics clubs.

Tour Edge has also forayed into custom-built manufacturing of golf clubs through its Hot Launch initiative. Here, you can place an order for customized golf clubs of premium quality with the manufacturer. Tour Edge promises to design and deliver your customized club choices within two days.

All premium-quality clubs are hand-built and manufactured in the main facility of Tour Edge located in Chicago. This diligence ensures that every Exotics and Hot Launch clubs are built to perfection.

A Timeline of Some Noteworthy Tour Edge Achievements

It is interesting to mention here that unlike other golf club manufacturers that pay PGA players to use their products, Tour Edge doesn’t offer its products for promotions (this remains true as of now). Every Tour Edge golf club used in the PGA games has been purchased.

As mentioned earlier, Tour Edge is now the leading supplier of golf clubs all around the world. You can find its retail stores everywhere. On Tour Edge’s websites, you can get all the important details regarding its local retailers in your area. The section of “International Sales” can also guide you regarding the worldwide retail stores where you can find Tour Edge products.

Apart from brick-and-mortar options, you are also available with the option of placing your order on the internet. There are many online retailers dealing in Tour Edge clubs. You can also find many on Amazon. 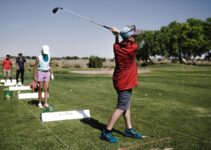 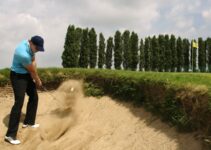 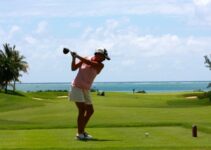