Even if you think you know everything there is to know about the sport, you will still come across many interesting facts about golf that will make you go, “Wow, I didn’t know that!”

Although there are several golfing documentaries, only a few can hold your interest from start to end.

The documentary, part of the “Legends Series” on the Golf Channel, is a two-hour long movie that follows the life of the famed golfer Arnold Palmer. It takes you back in time to a young Arnold in Pennsylvania and his consequent rise to become one of golf’s biggest stars.

Through home movies and pictures, the documentary unravels his story. If you’re a fan of Arnold, you will love this documentary because it delves deeper into his past, professional career, personal life, and post-retirement from golf.

2. Jack Nicklaus: His March Through the Majors

Jack Nicklaus – His March Through the Majors
Check Today's Price

Jack Nicklaus is the winner of 18 professional major championships. Nicknamed the “Golden Bear,” you hear his take on his illustrious golfing career. You also hear from his family members and friends, including renowned golfer and his good friend Arnold Palmer.

The documentary doesn’t leave out his stunning win at the 1986 Masters Tournament. The documentary also has bonus material, which includes additional interviews with the golfer at the significant events of the PGA tour, an interview with his wife Barbara, and a video tribute to the legend himself created to honor his 50th birthday.

Yes, we know we already mentioned one documentary on the legendary golfer, but we couldn’t leave this one off the list. His historic 1986 Masters Tournament win deserved a whole separate documentary. The two-hour documentary features interviews from his caddie, announcers, and other players who competed alongside him in the golfing tournament.

Also available is the shorter version of this documentary titled the “Highlights of the 1986 Masters Tournament ” featuring his golf highlights. The reason the 1986 golf tournament is so important is that it was his first win since 1980.

People thought he was washed up, should stick to playing at the senior level, and didn’t have it in him to win another title ever again, but he proved everyone wrong and won. If you call yourself his number one fan, you’ll enjoy watching this documentary.

2008 U.S. Open: Tiger Woods In A Duel for the Ages
Check Today's Price

Tiger Woods has earned his place in the United States Open and people’s hearts. People who don’t even watch golf know his name and now, that’s saying something about this golfing legend. This one-hour documentary discusses his shocking win at the 2008 United States Open.

What is so remarkable about this win? Even though he has won several titles over the years, including his recent 2019 Masters Tournament win, his 2008 win needed a dedicated documentary because he was playing with several injuries.

Most people didn’t think he would even win due to his numerous injuries, but he effortlessly proved his critics wrong and came out the winner. For this reason, this remains one of the most incredible performances of his long-spanning golfing career.

Growing up, we bet you had probably heard a lot about the incredible matchup between two golfing legends, Ben Hogan and Sam Snead. The documentary looks at the pair competing for an 18-hole match. Referred to as the Match of the Century, it attracted 3.47 million viewers.

The showdown between the pair became the most watched episode of the series, now, part of this documentary, because both had won several championships in their career. If you haven’t seen the match and don’t know who won the challenge, we won’t spoil it for you.

Watch the documentary to find out yourself to see if your favorite golfing legend won. The documentary also includes tips by Hogan and Snead. If you’re an experienced golfer or a budding golfer, learning tips on how to become a better golfer will help you improve your skills.

6. The Story of Golf

The three-hour documentary features the origins of golf, its most celebrated stars, and the sport’s entry into the digital age. You can either watch the one narrated by Jim McKay or by Rich Lerner. If you want, you can watch both to compare the two. It will give you an insight into how much the game has changed since then, based on the differences between the two documentaries.

7. The Complete History of Golf

The only issue is that it was never converted to DVD format, which means you will have to get a VHS player if you are so determined to watch it. In our opinion, you should because it is filled with interesting information and mind-blowing facts, making it a good and worthwhile watch.

8. History of the Ryder Cup

The documentary discusses the origins of the Ryder Cup. It will take you all the way through the 2004 Ryder Cup tournament. It starts off discussing the founding of the Ryder Cup by Samuel Ryder and how with time, it became one of the most popular tournaments.

These are some of the best golf documentaries you can watch in your spare time. You can watch all of them if you want or choose the ones that you think you would enjoy the most. If you have a golf buddy, ask them to watch them with you.

Even though most of them are really old, you can still easily find them online. After watching them, you can go to the golf course to play a round of golf with your friends or by yourself. 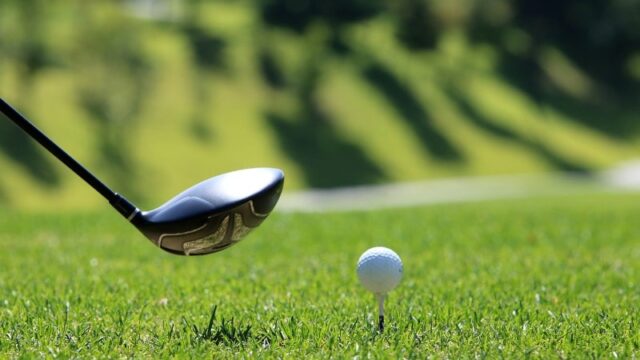