If you are struggling with making the right hit, your angle’s not at fault. There’s a possibility that the tee isn’t placed correctly. Many times, a player can correct a mistake easily or learn a skill by overemphasizing the movement that helps execute the hit perfectly. If that doesn’t work, doing the opposite might help.

Here’s an example to help you better understand what we are talking about:

You mistakenly bend your right arm as soon as you start the backswing. As a result, the club pulls up and goes inside the line of the target way too soon. This narrows your swing arc because the club is in a poor position. When you are holding a driver, the goal is to sweep the ball off the tee gently and not hit on it. As the club nears the ball, the path should be shallow, as if the club is tracing the ground. This is the proper width, and achieving this is only possible if the tee is placed correctly.

So, the question is how high a golf ball should be teed up?

There’s no straight answer to this. Depending on the club you are using, the tee can be either placed at a normal, low, or high height. Usually, the driver calls for the highest height. The driver’s top should be level with the bottom of the golf ball, and for mid and long-irons, the tee should be pushed in.

How the Height of Tee Affects Your Golf Shots

A normal, also known as standard tee height, is a position in which the ball is placed in a way that it’s plenty high from the ground with the equator at the same level as the club’s crown.

This position maximizes the possibility of making a solid strike or one that is closer to your club’s sweet spot.

When the ball is placed high on a tee, it gets further from the clubface, as well as the ground. In other words, you can see more of the ball above the club’s crown. Not all tees offer this position! In the case of modern drivers with high and large clubfaces, the hit is completely different.

The immediate effect of a high tee is that the ball gets struck higher on the face of the club, and it has more loft. A higher ball flight on a high tee helps ride a strong and fast tailwind.

Here’s a detailed explanation of how the high tee works:

When you position the ball on a high tee, it encourages a strike in which the club hits the ball from the top. Since drivers have a rounded clubface, there’s more loft during the impact. As a result, the ball goes higher and helps beat a strong tailwind.

Though a high tee position is a great choice, it does have its cons. The risk of the ball skying is high. In this situation, the ball doesn’t get hit by the actual clubface but the club’s crown or the top edge. If you prefer a steep swing then this position is not for you.

A ball placed on a low tee is one where the ball’s center is located alongside the clubface’s bottom half. In other words, the ball is placed at the same distance as the gap between the ground and the clubface’s lower half.

For this tee height, you need to push in the tee deep, so much so that just a small portion remains outside. The immediate effect of this tee height is that the ball gets struck lower and produces less loft. This position is used to produce a lower ball flight, which negates strong headwind effects.

Here’s a detailed explanation of how the low tee works:

When you position the ball on a low tee, it encourages a strike in which the club hits the ball from the lower half. A driver’s rounded clubface comes into effect here again and brings less loft. As a result, the ball has a lower flight.

A low tee height can be used to battle strong headwinds. Again, a low tee has its pros and cons. We have discussed the former; let’s move on to the latter. The tee shouldn’t be pushed too deep into the ground or you will end up making skull shots. In this, the ball gets hit by the club’s leading edge. The best way to mitigate the risks is to position the ball a little bit backward, which will allow you to hit it flush with the club’s face.

To sum up our discussion on how a golf ball on tee should be placed, know that the position is different for particular clubs. When using a driver, hybrids, or woods, the tee height should be equal to the club’s crown. Meaning ― the golf ball’s bottom that is flush with the tee should meet the driver’s top. This will allow you to maximize the distance and truly let the ball fly.

Now, when you next play golf and want to beat high winds, make sure that your tee is pushed by its edge and the ball is resting high. This way, you will have the winning hand when making long shots. As a beginner, the hits will take some practice. As long as you don’t bend your hand, you will be fine. 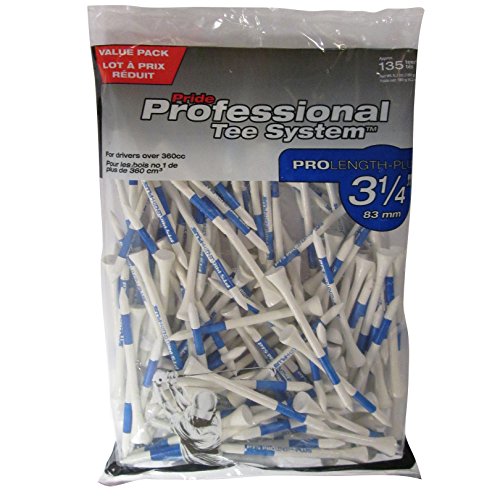