Iron is one of the most used clubs on fairways. Whether it’s a pro or high-handicap player, everyone loves to tuck some nice irons in their bag. Irons are considered the most suitable club to play short and mid-range shorts. In fact, some irons are so versatile that you can even use them to take the tee shots.

Amid all this functional superiority of irons, you may have ‘heard’ about its sweet spot. This is all thanks to the marketing gimmicks of club manufacturers that have over-exaggerated this feature of iron to the next level. So, before we proceed to answer the question “where is the sweet spot on a gold iron?”, it is important to address the misconceptions surrounding it. 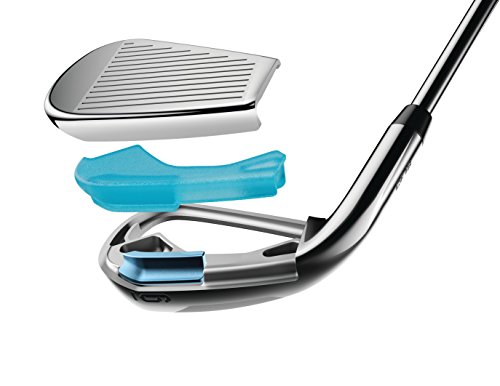 Prevailing Misconceptions Regarding the Sweet Spot

The sweet spot of an iron club has earned a mythical status among amateur golfers. They haven’t seen it, neither do they know whether they have hit it. Still, the majority of their discussions regarding irons revolve around their sweet spots mainly due to the following misconceptions.

Sweet Spots Can Be Bigger

Many brands lure recreational players by pitching them that their irons have ‘a larger sweet spot’. This is just a laughable claim and nothing else. A sweet spot is exactly a dot on the clubhead (not bigger than the head of a pin). So, there is no way it can be bigger than a speck. The physics of sweet spot (we will discuss in the following sections) will further substantiate that the sweet spot will be of the same size on every iron irrespective of its size and brand.

Many golfers think that once they will find the sweet spot of their iron club, their handicap will automatically plummet. This is not the case. Even if you are able to identify the sweet spot of your iron, there are still many things that you need to get right to play like a pro. 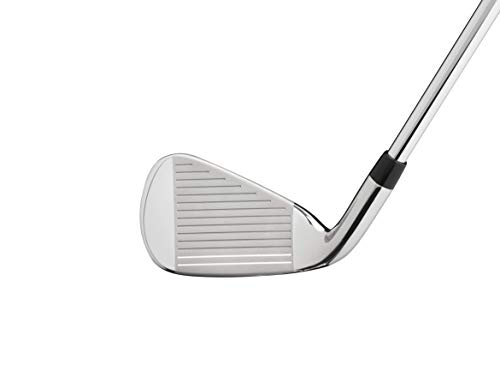 The Physics of the Sweet Spot

It is important to mention here that sweet spot is not a unicorn. It actually exists and science proves it. However, it is certainly different from what ad copies of various iron clubs project. To begin with, the sweet spot is not a component or a feature that is purposely added to the clubhead. It fundamentally exists due to the famous physical phenomenon of the Center of Gravity (CoG).

In simple words, the center of gravity is a point on an object where it balances its weight. Anything with mass and solid appearance possesses the CoG.

Now, if you are clear on the concept of CoG, you can easily understand what this sweet spot is. By going with the above definition, both the clubhead and the ball have centers of gravity. During the strike, when the CoG of the clubhead moves towards the CoG of the ball and perfectly aligns with it, it transfers the maximum energy of the shot. This phenomenon is actually called “hitting it on the sweet spot”.

If you have noticed, the term ‘sweet spot’ actually describes a condition instead of an actual physical spot. 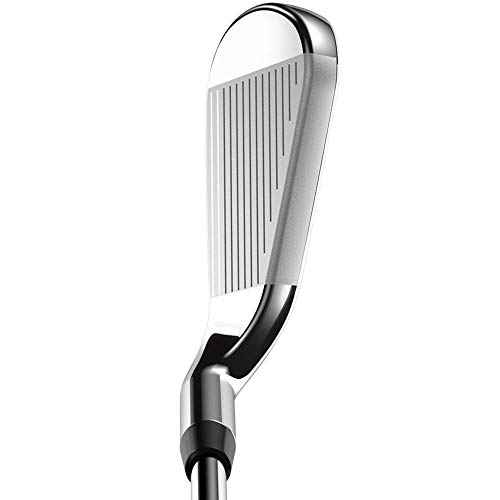 Why the Sweet Spot Is So Important?

Now, this is the question one should be asking as what are the reasons that a shot with the aligned CoGs of the club head and the ball becomes sweet.  When you hit the ball with the sweet spot of your iron, you transfer the optimal energy of your shot and with better control.

For instance, while taking a shot with zero angle of attack, you will get the ball flying in the straight path with the maximum trajectory and covered distance if you hit it on the sweet spot. Similarly, when you are drawing or fading the ball, hitting it on the sweet spot will offer you more control on the intended swing. 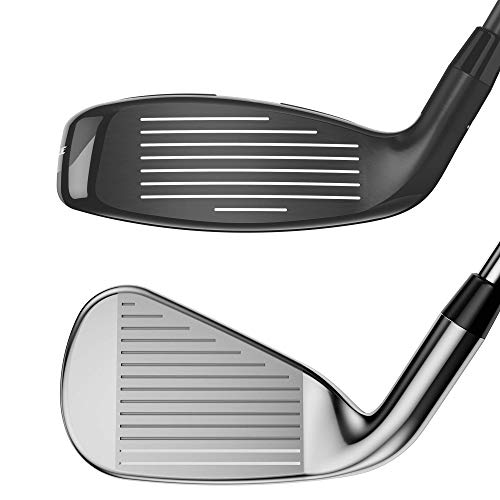 What Happens When You Miss the Sweet Spot?

The first casualty of missing the sweet spot is the efficiency of the shot i.e. you don’t get to travel the ball a distance for which you exert the force. For instance, hitting the ball 2.5 cm away from the sweet spot can result in cutting down the traveled distance by 10% or more.

Similarly, when you hit the ball away from the direction of clubhead’s CoG, it changes the spin axis of the golf ball. In golfing terms, it is called “gear effect” where clubhead acts like a gear cog and directs the spin of the ball in the opposite direction of its twist i.e. if the clubhead twists in the counterclockwise direction, the ball will spin clockwise.

Playing away from the sweet spot and the resulting twisting of the club head is the major reason why many players naturally have a ‘draw’ or ‘fade’ tendency in their shots. 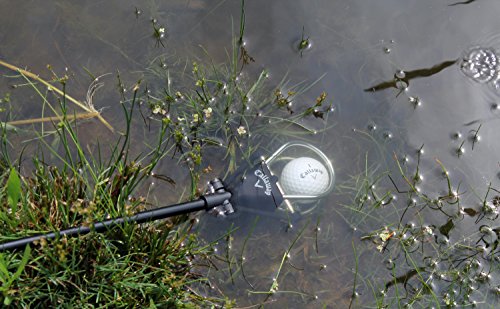 Sweet Spot Is Not Static

This is another important thing to remember if you are looking for a sweet spot on your iron. The sweet spot is not a static dot on the clubhead. It can move its position with the changing angle of attack. This phenomenon is more noticeable in irons with bigger clubheads. When a big club head is positioned behind the ball at the zero angle of attack, its sweet spot will be at its center.

However, as soon as you start increasing the angle of attack, the position of the sweet spot will move slightly above the center. The dynamic nature of sweet spot is another reason why amateur golfers struggle to hit it with consistency. 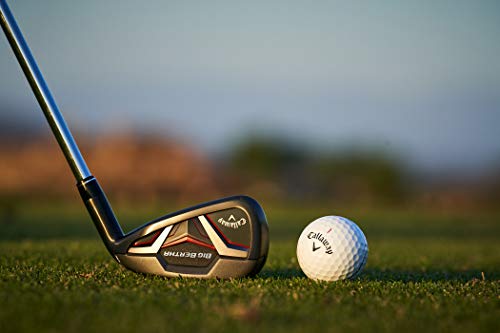 The Connection Between the Sweet Spot and Forgiving Irons

Many brands call their golf clubs “forgiving”.  The forgiving irons or other clubs for that matter are actually connected with the science of sweet spot. It has been established from the above discussion that missing the sweet spot can mess up the efficiency of the shot and produce unwanted spins. This eventually becomes the bane of all those players who are not regular with the game and can’t hit the sweet spot all the time.

For all such highly handicapped and hobbyist golfers, manufacturers design ‘forgiving’ irons that actually compensate for the sweet spot mishit. There are various methods through which these forgiving irons are made.

By Increasing Moment of Inertia

Moment of Inertia (MOI) is an object’s tendency to resist angular movement. So, the greater the moment of inertia of a clubhead, the more it will resist the twisting at the instance of impact. In other words, a clubhead with higher MOI will give you better results even if you are playing away from the sweet spot.

The MOI of a club head is increased by adding more weight to its center and spreading it out on its boundaries. The majority of game-improvement irons have clubheads with greater MOIs so beginners and occasional golfers can bring in more consistency to their shots.

By Changing the Springiness on the Clubhead

It is another way to mitigate the effects of missing the sweet spot. Springiness or the Coefficient of Restitution (COR) indicates the loss of kinetic energy during the collision of two bodies. Here, the two bodies would be the clubhead and the ball.

The greater the springiness, the lesser will be the loss of kinetic energy when it is being transferred from the iron head to the ball. Manufacturers use different hi-tech methods to increase COR on the club ahead besides its center; they do this so that even when players miss the sweet spot, they can still get a good distance on their shots.

The term “bigger sweet spot” actually refers to these irons where you have multiple spots with higher springiness or COR.

By Giving More Bulge to the Club Head

This technique is particularly used in irons with bigger clubheads. Here, the clubheads are kept somewhat outwardly rounded just like a slight dome. Such “forgiving” irons are designed to ensure your draws and fades don’t turn into hooks and slices. 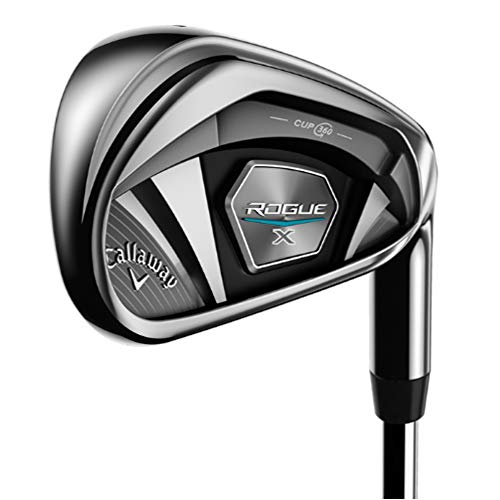 Forgiving irons are good as long as you are on the fairway for recreation. You can’t get the leeway of such clubs while playing at the professional pedestal. Here, you will need to consistently hit the sweet spot. Practicing the game to find and be consistent with the sweet spot needs good feedback and trial and error regimen. You have to continuously play the same shot and incorporate its feedback until you find the sweet spot and get capable of hitting it consistently.

While practicing this, play every shot after coating the clubhead with foot powder. The strike on the ball will leave a mark on the powdered surface of the clubhead to give you a better perspective on both your bad and good shots and you will eventually find the answer to this question:  where is the sweet spot on a golf iron?