Golfers have sought more distance ever since the game was born. Longer drives mean shorter irons into greens, after all. Then again, so do irons that fly farther.

The distance irons from the turn of the 21st century achieved their magic by delofting the club face, so a 7 iron comes closer to a 6 iron in both loft and distance. What these manufacturers really did was stamp a 7 on a 6 iron. Strong lofts produce a penetrating ball flight, but distance gains were an illusion.

As technology improved, equipment manufacturers were able to construct irons with progressively thinner faces. These thin faces deform on impact and then spring back into shape, imparting extra energy to the golf ball. The same trampoline effect adds distance to driver shots, and it is now available in irons.

It is also the marvelous tech that makes TaylorMade’s M3 irons work their magic.

TaylorMade M3 irons are intended to mimic players’ irons in appearance while giving shorter hitters a noticeable distance boost. They have the thin top lines and short heel-to-toe length that better players prefer, and they hide their technology quite well.

At address they look impressively similar to a touring pro’s iron, but there is plenty of help at the moment of impact.

The key to their sneaky distance is a thin, springy face, which is complimented by milled channels meant to increase the trampoline effect. Distance gains are immediate and impressive for the skilled player, especially older ones who may have lost a few miles per hour of clubhead speed in recent years.

The M3 is built for more highly skilled players than TaylorMade’s M4 irons. Both irons represent the evolution of the company’s M1 and M2 irons from the 2017 season.

The M3 is one of the longest and straightest irons in its category. It fills a precarious niche, aimed squarely at better players who need help with distance. This is a group that avoids any obtrusive gimmicks and tends to prefer the simple and classic looks of a blade.

That does not mean that the help is not noticeable, though. It’s just well-hidden. Grooved channels on the perimeter called Speed Slots increase the trampoline effect of the thinned face, sending balls downrange faster.

The face is backed by strategically placed ribs, which TaylorMade calls RibCOR, that help it resist twisting. And a lowered center of gravity helps shots fly higher.

The RibCOR technology is what makes these irons shoot straight. It consists of metal beams strategically placed on the back of the clubhead. This extra material reinforces the thinned club face at key locations, improving the face’s ability to rebound on off-center hits.

The coefficient of restitution (COR) – or trampoline effect – is improved across the face, keeping mis-hits from flying too short or too far offline. (source) Notice that the RibCOR technology does not create the trampoline effect. Rather, it stabilizes the head while permitting the face to flex in areas where mis-hits are more likely to happen. (source)

The center of the face – where better players make contact – will flex as expected on a distance-improving iron. If you are the type of golfer that wears out the sweet spot, RibCOR will not help you get more distance from your shot, but it will minimize the damage from the occasional mis-hit.

The extra spring in the M3’s step comes via milled channels cut into the face itself. The most obvious are the Face Slots on either side of the grooves.

These grooves improve the COR on shots hit toward the toe or heel, which normally fly much shorter than well-struck shots. The Speed Pocket is tucked under the face, on the sole and behind the leading edge. This channel allows for more flex lower on the face, which provides flex on thinned shots.

Coupled with low-positioned tungsten, these shots fly higher and farther than they would otherwise.

​TaylorMade is renowned for the quality and technology of its equipment, and the M3 irons are no exception. These irons are intended for low-to mid-handicappers, which is a group that demands the best materials. Clean lines belie technological assistance in every aspect of design.

While not forged, these cast clubheads produce smooth feel on shots struck almost anywhere on the face.

How Does It Compare?

The M4 contains the same Face Slots and Speed Pockets as the M3 irons, as well as the RibCOR technology meant to maximize their effects. However, it ratchets up the game improvement, sacrificing sleekness for an increase in forgiveness. These clubs are meant more for the mid-to high-handicap golfer that still seeks added distance.

Much like the M3 irons, the P790 irons from TaylorMade address the distance needs of short-hitting players. They just do it in a much different way. These hollow clubs are filled with a high-density foam. They have hot, thin faces and look much like a blade at address. They don’t provide the same help on off-center hits, however, making them much more of a player’s iron.

Cobra’s TEC irons mimic much of the technology of the M3, from thin steel faces to strategically placed tungsten. They work the ball a bit better than the M3 and have the improved feel of forged construction. However, they aren’t quite as forgiving as the M3 of less-than-perfect strikes, and they don’t offer quite as low of a center of gravity. The low handicapper could go with either iron set, but middle handicappers will likely do better with the M3. 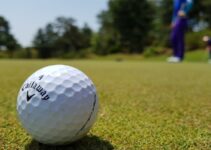 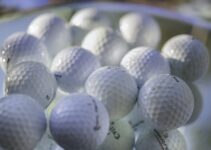