For those of you who require a bit more forgiveness on the golf course, Callaway irons should be your go-to. Callaway comes with a wide variety of the most forgiving irons to choose from. Whether you’re a beginner, a good golfer, or lie somewhere in the middle, there’s an iron out there that’ll complement your game.

The Most Forgiving Callaway Irons Available

Callaway makes some excellent golf clubs. They’ve especially mastered producing some of the most forgiving irons on the market. If you’re not quite sure which Callaway irons to go for, there’s no need to worry. We’ve put together a shortlist of the 5 best forgiving Callaway irons. Discussing in detail the specifications, so you can easily pick one that’ll suit you and help you improve.

Big Bertha Iron clearly stands out among the other Callaway offerings and is the best choice for mid and high handicappers looking to improve their game.  It provides the best combination of forgiveness, accuracy, and distance that you require. Using this iron will make you more confident at your game. The thick top line and an extremely long clubface overshadow the ball, and you just can’t get the shot wrong.

Callaway uses the 360 Face Cup technology in this iron, which makes an extremely slender and hot clubface. They claim that the face helps you to hit your iron shots 2 clubs further than the rest, even on a mishit.

The back of the club is covered to make it seem like a hybrid but is actually cavity-backed. At the back of the face, an extra strip of metal runs from heel to toe, which adds weight under the ball on impact so that the shot gets more flight and distance.

These irons are specially designed for high handicappers as they offer extreme forgiveness, making the game easy and fun for you. These are Super Game Improvement irons look just like a standard cavity back iron due to their sleek design.

Whether you’re a beginner, high handicapper or a mid handicapper aiming to improve at the game, you can get hold of a Callaway XR OS iron. They don’t appear as hybrid clubs and have an extremely eye-catching look.

As it offers a wide sweet spot, even a half-hit would cover almost the same distance as a good hit. They come with Face Cup technology, with a hollow pocket behind the face, which helps the ball cover longer distance and better flight.

X Series irons are best suited for beginners and high handicappers with slower swings. The main idea kept in mind in the making of this iron was forgiveness for slower swinger and easy usage. If you’re looking to update your set to a brand name, go for this one as it’s not too pricey.

It probably won’t give you additional distance gains, but will help to hit the ball straighter, giving more consistency to a beginner or high handicap golf player. As a slower swinger, you’ll improve your accuracy and cover a bit more distance.

This makes it a high value, low price set.

The Callaway Rogue Irons are intended towards mid handicappers. These are Game Improvement irons that are point-and-shoot, helping you to hit the spot.

Compared to the rest in the same category, these irons offer most forgiveness and is designed with super long irons with 360 Face Cup technology.

It gives an improved feeling from a mishit as it makes a crisp sound across the face due to the addition of urethane in the clubhead. The iron provides high precision and regulation on the green, helping you to deliver a smooth strike. The wide clubface assists the ball to get high flight.

As a mid handicapper, this club will help you improve your game.

Pros of the Callaway Rogue Irons

Cons of the Callaway Rogue Irons

This iron is an ideal pick for professional and skilled golfers. Golfers looking to improve their game should avoid this as this design doesn’t come with game improving technology that beginners or high handicappers require.

Apex MB provides full control over the shot for players with experience in the game. If you know how to set up a shot, this club will help you execute shots with a responsive feeling and improved feedback.

These irons are best suited to experienced golfers.

Pros of the Callaway Apex Irons

Cons of the Callaway Apex Irons

The reason Callaway irons are so forgiving is that they incorporate the following characteristics.

A wider clubface offers a large surface area which means massive sweet spots so you can hit the ball with less chances of missing it during a swing.

The broader the sole of the club the more forgiveness it offers. It helps to lower the club’s center of gravity and makes gliding through the turf easier.

Club heads that are cavity backed remove the weight from behind the center of the clubface, which means that they have an evenly distributed weight along the perimeter. The result is that the irons are easier to hit for a wide range of golfers as it offers a high moment of inertia and more forgiveness. This makes the clubs more tolerant even if the strike is a mishit.

As the clubface is pushed slightly further back from the shaft line, it helps to avoid a slice. The clubhead delays the impact with the ball. The structure provides slightly more time to the head for the clubface to square up the impact limiting slices.

Keeping in mind the level of your game, choose one of the forgiving Callaway irons that helps you meet your aim and gives you the confidence you need. When you get a new set make sure you get them fitted by a professional as it’ll bring great improvement to your game.

Our favorite choices for the most forgiving Callaway irons are either the Big Bertha irons or the Callaway Rogue irons if you’re looking for more budget-friendly clubs. The Rogues are actually our favorite all-around irons for the price. They’re definitely top-notch when it comes to value. The best overall, are the Apex irons, but they also come with a higher price tag. 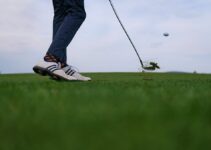 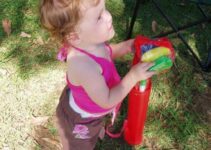