If you’re an average golf player and struggling to bring your scores down, let us help you push your game to the next level. Finding a set of golf clubs that are specifically designed to improve your accuracy, power, and distance is as essential to your game as your fitness.

Continue reading this guide to find out:

Unfortunately, not all clubs work for everyone – not even the highest-ranked ones. Therefore, knowing where you stand in terms of your golf skills, performance, and abilities is critical when it comes to buying the perfect clubs. An average player does not only aim to score well but also simultaneously puts an effort to not add any more strokes in the game. A good iron is an instant solution!

What is an Average Golfer?

An average player is determined based on the United States Golf Association (USGA) Handicap Index. This index is a system in place that aims to promote a fair game by balancing players of different skill levels. 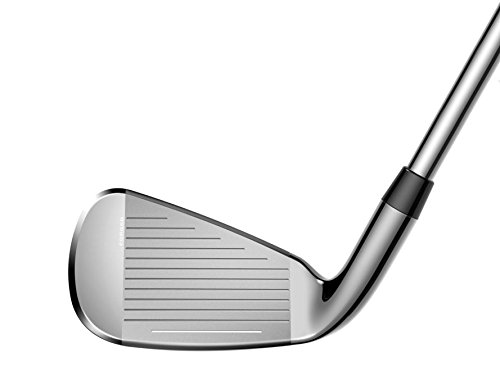 The handicap index ranks golfers by allotting them one or two-digit numbers based on their capability to perform. These numbers are contained in three levels: high, mid, and low, with the lowest index being the highest category.

But don’t let the label get to you! USGA has placed about 40% of all male golfers in this category. Average players are capable enough to hit good shots at a decent distance. They can ease their way into the low handicap index by simply perfecting their shots and practice not missing any shots.

Golf clubs for average players have particular features and specifications that are particularly aimed to improve their game. If you’re an average player and are eyeing for a pro-level golf club, don’t make that mistake! Similarly, irons for beginners will not suit you either because they won’t suffice as game-improvement clubs.

One of the best ways to improve and excel in the golf game is to get the right equipment. If you are a mid-handicap golfer, here’s a list of good golf clubs for average players that you can’t miss on.

We are certain that you will not be disappointed with this golf club. Their excellent features offer so much more than their competitive price. Cobra King F8 irons are unique in a way that they incorporate innovative and technological features all-in-one.

They include an electronic monitoring system that aids you in maximizing club performance which works brilliantly for an average player. They also feature a Dual Roll technology that enables the curves on the bottom of the face to launch and spin the shots that are hit below the face center or above it.

There is more to Cobra King F8 clubs are good golf clubs for average players who are into technology. Its innovative crown is manufactured to provide aerodynamic performance and simultaneously increase the speed of the ball. This is done by strategically positioned aero trips relative to the airflow orientation.

One of the main reasons to purchase a new club is to have one with greater forgiveness. Cleveland Launcher HB Iron is a good club for an average player because it is made using creative engineering that gives you all the extra distance and forgiveness which you’re looking for. This design will allow you better contact with the ball and to hit it faster. You will thus have straight-shot making ability and your golf ball will stay in the air longer than it does otherwise.

The Cleveland Launcher iron lacks mass inside the clubhead and instead adjusts it by moving the weight along to the strong clubface. This HiBore Crown technology has moved the center of gravity to a lower and deeper area. This results in reduced side spin and amazing forgiveness making it one of the good golf clubs for average players. 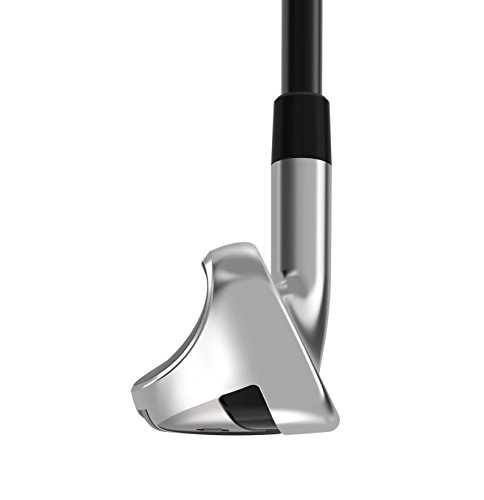 These irons pretty much reflect a combination of Cleveland Launcher and Cobra King, being yet another option of good golf clubs for average players. The shaft in M4 irons has a RibCor design that promises to drastically change your game producing better results than you expect. Along with distance and accuracy, TaylorMade M4 iron offers higher consistency as well.

The design redistributes the weight of the club in a way that it shifts around the perimeter of the club. This change results in a good degree of forgiveness and very consistent performance. M4 clubs influence the performance of average players more than they do of others by helping to lower scores through closer entry shots in the green. 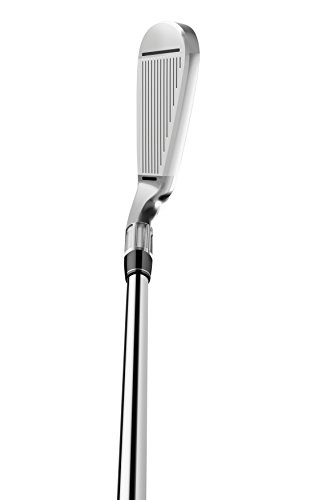 TaylorMade M4 irons also feature a speed pocket that is placed right behind the clubface and can be seen on the sole of the iron. The pocket is primarily placed to boost the ball speed if shots are made using the lower half of the clubface.

There are numerous options available in the market that claim to be good golf clubs for average players. The truth is that most of them are very much similar in functionality. Remember to prioritize your needs over what golf club brands advertise.

For any mid-handicapper or average player, the matter of urgency is to find a club that can provide them with enough forgiveness so that their mis-hits reduce in frequency. The most perfect golf clubs will offer you a balance between forgiveness, consistency, and playability.

We hope this guide was useful. Don’t hesitate to try out your options, and see the one that suits you best!