Titleist is a big name in the golf community and they hold a sizeable market share in the manufacturing industry for golf products. While they have been at the top of the pyramid various categories like golf accessories, golf balls and irons, their superiority in the drivers has dropped.

Having said that, Titleist has been on the move and their research and innovation is making its mark. More recently, Titleist launched its TS collection which was a hit for not just its remarkable features but also for the fact that it catered to all categories of golfers.

In a Hurry? Here are Our Top Choices

They have gone ahead and also released the newest TSi2 and TSi3 models in 2020 and this development will make this list all the more interesting.

So without further ado, let’s look at some of the best Titleist drivers of all times.

With a loft customization option of 8, 9, 10 and 11 degrees, this driver has been designed for the pure purpose of achieving the best distances possible.

Not only does the driver have a high degree of forgiveness, it is also exceptionally stable. With inertia added to the equation, the driver gives better speed, tighter spin and a high MOI.

The final selling point of the driver is its adjustability which makes it easy to alter it to your specifications.

All in all, this is an excellent product offering and definitely deserving of the top spot in the list.

This model is designed for the golfer who, instead of speed, want to focus on getting a more precise control over the center of gravity placement to achieve the best possible outcome from every swing.

Many of the innovative features for this model are the same as that of the TSi2 as they belong to the same series. However, the focus on CG control in TSi3 compared to the control over speed and distance control in the TSi2 has led to one major design difference.

In terms of adjustability, the TSi3 uses the SureFit CG technology to make it possible for the player to adjust the CG to fine tune the ball to neutral, heel or toe settings. This adjustment allows the player to have more control over the hit.

Compared to its predecessor, the TS3, the TSi3 also has a more rounded face design which makes for a smoother and quieter hit.

The TS gave Titleist a fresh start after a few years of relatively less remarkable performance in the driver market. After the launch of the TS series, the TS1 immediately caught general attention because of the player category it targeted.

Although its key features are similar to those of the rest of the models in the TS series, the TS1 is the lightest of the lot. 45 grams lighter overall than the next model in the series (TS2), the TS1 caters to the players with slower swing speeds.

The lighter driver head allows the player to increase the speed and the combination of the weight and the overall design offers the players extra forgiveness in their gameplay. This was unusual at the time of launch because Titleist had not catered to this category of golfers before.

Combined with the other features of the TS series, the TS1 became a popular addition to the Titleist driver family.

The Titleist TS2 and TS3 are the most popular of all the TS series models. The new TS series introduced improved aerodynamic design which reduces the impact of drag by 20%. This innovation increases the swing speed and consequently improves club speed leading to a significant increase in the distance covered.

There is a drastic change in the club head design compared to the model 917 (their last model before the release of the TS series) which leads to an increase of over 10% in the MOI resulting in improved stability.

Comparison between TS2 and TS3

Compared to TS3, the TS2 was designed for higher speed and distance. However, it gives higher launch heights and greater spin which end up reducing the speed of the ball slightly.

The TS3 comes with the SureFit CG technology which allows adjustment to the CG which helps the players add more stability to the gameplay. Due to the slight drop in speed of the TS2 many high speed players preferred to go with the TS3 because it offered the perfect combination of speed and stability.

If you are buying now and do not have a budget concern, you can simply opt for the TSi2 which does perform well on the higher speed and greater distance achievement. If there is a budget concern, TS3 is definitely the better buy between the 2. 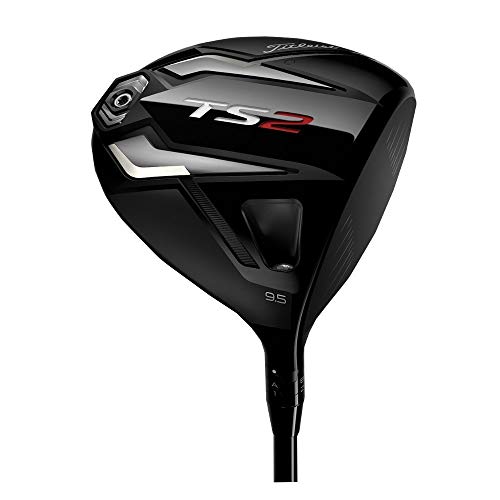 To sum it up, out of all the Titleist drivers, the TS were the most innovative and state of the art in term of their design. Since the TSi series is essentially an upgrade of the TS series, they too share the novelty of the predecessor with obvious improvements.

For the golf players who prefer a high speed gameplay and do not have slower swing speed, the TSi2 is the best driver out of the options in this list. In case of budget constraints, you can always opt for the TS3.

The TS4 was not covered in the article mostly because it suits the niche of pros with high swing speed. If you belong to this niche, you should consider opting for it as it will be more suited to your gameplay.

This covers our list of the best Titleist drivers. We also have a number of other articles that might interest you so do check them out and give them a read.