Golf is one of the highest-rated sports with fans around the globe. As a golfer, you can never be done learning. If you are not on the golf course right now, you are either watching golf updates or learning more about the game. Relatable enough?

In a Hurry? Here are the Best Golf Books

Whether you are looking for something that could help your game or want to read a story based on true events, read along to get to know about four of the best golf books ever written. 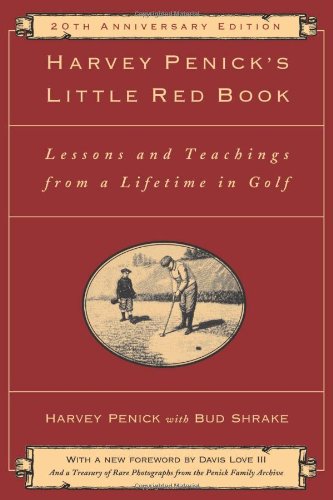 Harvey was the head coach at Austin Country Club; he held the position for 50 years. He also coached golf at the University of Texas. Throughout his seven-decade career, he taught hundreds and thousands of golfers, including Betty Jameson, Ed White, Ben Crenshaw, Morris Williams, and many more.

Harvey Penick’s little red book is the highest-selling golf book ever written. The book does not carry over-analysis of technique; it is kept rather simple and straightforward.

It is one of the shortest books ever published, but the valuable lessons make it one of the most successful ones. He used to carry a red book with him to take notes—which is where the name ‘little red book’ came from. It started as notes and soon turned into a book.

His son, Tinsley, had read the book; no one had ever touched the book other than him. Later in life, he thought it was maybe selfish and decided to publish it.

From exercises to tips and tricks, the book contains many priceless lessons. There are lots of stories and anecdotes, which make it all the more interesting.

Harvey Penick’s little red book is recommended for golf pros, caddies and coaches—basically everyone who wants to improve their game. 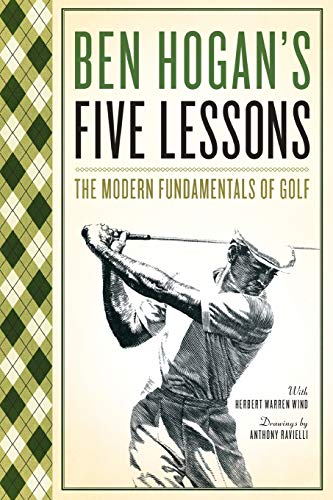 It was first published in 1953 and republished in 1980. Filled with illustrations and several techniques, the book is still considered to help players of all levels greatly. Hogans didn’t have access to technology but managed to discover things about the golf swing that are still considered valuable, priceless, and relevant.

The book contains five chapters and five main lessons, which include:

From grip to stance, and positioning to putting, the book covers it all. Ben believed that anyone could easily break eighty by properly following the book’s guidelines and practicing with patience.

You would find a lot of sentences capitalized. The caps make you feel that Hogans is raising his voice at you. However, the capitalization actually shows that he takes golf seriously, and whoever is reading should too.

Everything he has written in the book is well-detailed; he even explains the significance of individual fingers while talking about the grip—this is something only Ben Hogans could do.

3. How I Play Golf, By Tiger Woods 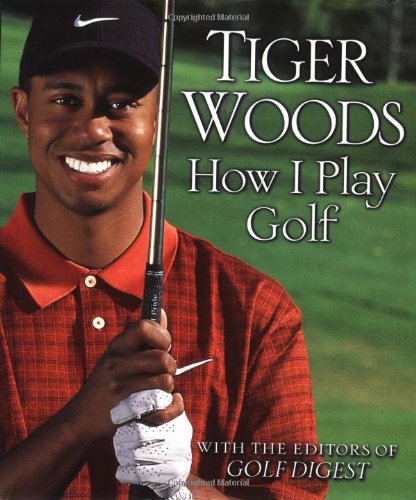 Tiger Woods is one of the sportiest figures and has achieved a lot; he has written one of the best golf books, has been named best sportsman twice and won 15 major championships too.

If you want to read a book to get you on your feet, How I Play Golf is one of the best golf books to start with.

The book starts with an introduction to the game. The book contains mental tips, fitness tips, and all the technicalities that one should know. Tiger Woods has written the book in a way that it feels like you are having a one-on-one conversation with him:

“The difference between golf and most other sports is that anyone of average intelligence and coordination can learn to play it well. It requires a commitment to being the best that you can be. That has always been my approach to the game… Pop gave me many great lessons, not only about golf, but also about life. His greatest advice to me was always be myself.”

In the book, he has covered:

Throughout the book, Tiger shared his years of experience on the course. The book was published in 2001, but it feels more relevant than ever. The book is not just about golf; he has given fitness tips to manage your mental health as well.

4. Golf Is Not a Game of Perfect by Dr. Bob Rotella 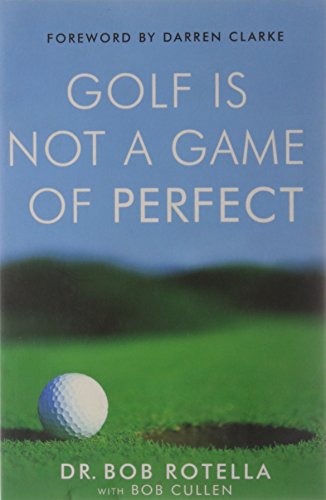 Golf Is Not a Game of Perfect
Check Today's Price

Golf is different than other sports; it’s just you against the ball. Golf is Not a Game of Perfect is one of the best instructional books ever written. The book was released in 1995.

Dr. Bob Rotella was known as the mental game guru; he was a sports psychologist known for working with great players. This book is one of the best-selling and most highly rated sport-psychology books. If you want to improve your game, you need to focus on the game’s mental side as well. It should surely be resting on every golfer’s bookshelf.

In his book, Bob shares that the most important distance in the game is the space between your ears. He has talked about how the word ‘don’t’ can’t be understood by the brain. When you tell your brain not to do a certain thing, you are thinking about the fear and shame that doing it comes with; you become hesitant, and what you didn’t want to do ends up happening.

“It’s important to differentiate between fear and nervousness,” writes Dr. Rotella, “Nervousness is a physical state. It’s sweat on the palms, adrenaline in the bloodstream. There’s nothing wrong with it – it can even help a golfer.”

The book is easy to understand, and the conversational tone makes it even better. Any golfer, student, or person stuck inside their heads or looking for some mental tips will greatly benefit from this book.

From kids to teens to seniors, golf is a favorite across all age groups. There is no shortage of valuable golf books to keep you entertained and help you improve your game.

For us, these four books are the best golf books ever released. If you are starting out, we would recommend you read Harvey Penick’s Little Red Book first. Do remember that reading them won’t change anything for you unless you practice consistently. You might want to go over it from time to time, but who doesn’t love a good golf book?